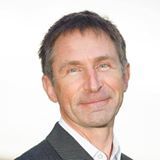 I am a right-side stroke.
I have aphasia.
I have 1/2 of a brain.
I have 80% of speech.
I have 3/4 percent of my lung capacity.
That voice box was operation on twice.
This means a had food from a syringe through the stomach.
I am on the “dole.”
Please take this in to considered.
My career starting in 1996 when I joined Fast Bikes. I become the legend I was thought of. I rode 100’s of bikes. Old Kawasaki’s, New Hondas and all points in-between. We went to places far and wide, the world was an oyster to us! I even meet Keith Code! But in 1998 I went to MCN (Motorcycle News) the only weekly newspaper around. The stories were shorter but the was a story per week.
During an attended the California Superbike School in California in 1997. I meet Mr Code and after a period became friends. The next 19 years became my life! Slide bike, No bars bike also the 10,000 riders came to my schools. We have 14-year old’s normal rider and racers from BSB, to WSB and to MotoGP. Hell, I trained three for my riders in the world, Rossi and 2 gentlemen have cannot be names.
In 2010 I become aware of the small lump in my left-hand side of my neck. Is became bigger. I went to the Doctor, who sent to Northampton, who sent to Oxford. Now I was worried!
2011 of March, I as in for a routine operation. 1 to 1 1/2 hours with my being semiconscious to say how it feels. Sometimes it was hurting. I told the anaesthesia I was in pain (30 years on Wing Chung training was coming apart.) Again, after a while it was hurt bad. The sound of medical equipment was being moved and I loss consciousness.
10 hours later I was moved to ICU (Intensive Care Unit.) 10 days in spend there. My wife and best friend were told I had a 5% chance of making it.
After 6 months at Oxford and Northampton I was released with no speech and no walking! I got no hope. I considered suicide, but my wife talked me out of it!
Slowly and with considered help from Rob I started to hobble. Down the road and back again. All 50 meters of it with a break in-between! Down to the school and back it is 1 hour. School is 1 mile away. And it had built from there.
I also the aphasia. These made they has to enter my throat twice. One of Botox. One to cut away to open they windpipe.
We did the London to Paris on a tandem cycle with my Neuro Physio Jon!
Now, I have “walked” to the Marathon des Sables, the toughest foot race on Earth with Rob and Jon. We came last with the camels 40 minutes behind us on the first Marathon. The second marathon we started to overtake peoples! Until we then hit the mountains. Only the last stage we hit boulders, some as high as me lower chest! With 1 arm and 1 leg to make the stage we did remarkable. The final section was a 300m high to the top. Jon was galloping of it the distance. Rob and I got to the top where we were told in was 1 hour out of time! We could see the final camp just 4 kms away! The route down was sandy like you cannot believe! And in was 45 degrees! YES, 45 degrees! From the start it was light and night time by the bottom!
I did the Brighton half-marathon in 4 hours. Twice.
I did the half MDS.
I did the walk across Oxfordshire just usage foot paths.
And I am at mature Student of University of Northampton studying Sport and Exercise. I have taken this year off to tackle this “problem”.
I am to climb to Everest Base Camp in May 2021. And I need help!